Brooklyn Borough President Eric Adams is the winner of the Democratic Primary for NYC Mayor after preliminary results were released from the Board of Elections, showing Adams at the top with a small, but significant lead.  Adams defeated a large field of Democratic candidates, including former NYC sanitation commissioner Kathryn Garcia and former City Hall legal advisor, Maya Wiley.

Adams was able to appeal to the political center by branding himself as the candidate of everyday New Yorkers. A former police captain, Adam’s garnered great support by campaigning on the promise to bolster public safety initiatives and address high-crime – a major current issue in the City.

Eric Adams will run against Republican nominee, Curtis Sliwa, in the November election. However, it’s anticipated that Adams will become the next mayor of NYC.

The New York State Senate Ethics Committee was scheduled to hold a hearing this week on government ethics oversight and enforcement, but was postponed due to concerns that the hybrid model they’ve grown accustomed to using – when members participate remotely or in-person – violates the Open Meetings Law.  According to open meeting law, if a public meeting is held by video conference, then the public must be able attend in person to listen and observe the proceedings at any site where a government official is participating. That rule can not be followed when many Senators are participating remotely from their homes.

Ethics Committee Chair, Senator Alessandra Biaggi said that “because there is no question that we will not even give the perception of violating the Open Meetings Law, we are postponing it until we have clarity around this issue.”

The new date has not been announced yet. 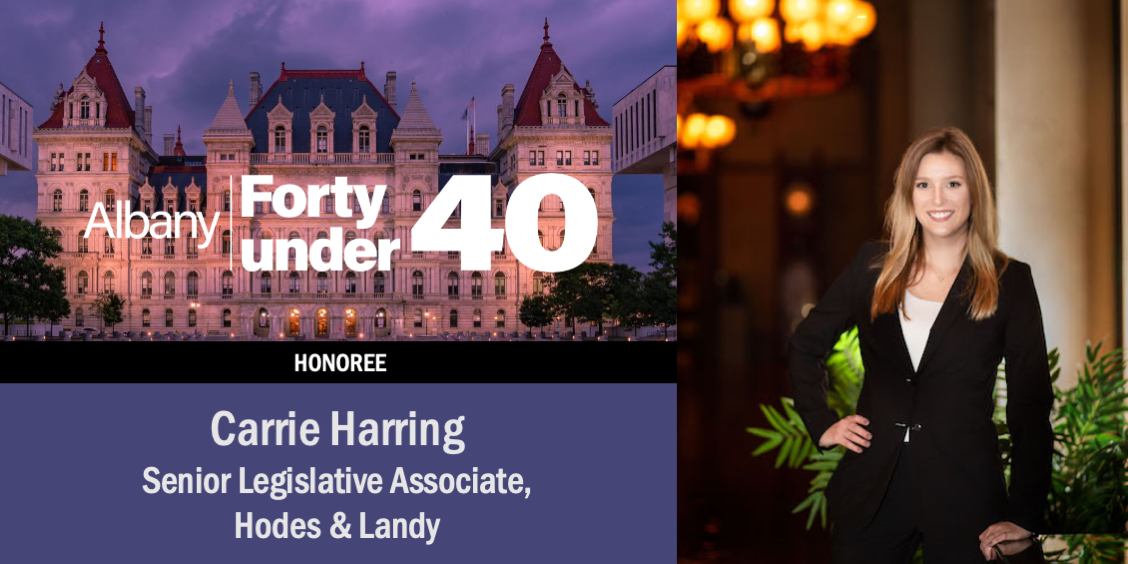 H&L proudly congratulations our colleague and friend, Carrie Harring, for her well-deserved honor as one of Albany’s 40 Under 40 Rising Stars! Learn more about Carrie and the other honorees, here.

On Tuesday, Governor Cuomo announced that he has signed an Executive Order declaring a first-in-the-nation gun violence disaster emergency as part of a new, comprehensive strategy to build a safer New York.

This new strategy treats gun violence as a public health crisis, using short-term solutions to manage the immediate gun violence crisis and reduce the rate of shootings, as well as long-term solutions that focus on community-based intervention and prevention strategies to break the cycle of violence. The disaster emergency allows the State to expedite money and resources to communities so they can begin targeting gun violence immediately.